A reservoir in Suffolk was being fed by two borehole pumps operated by Anglian Water. Both pumps were running at a fixed speed all of the time but had to be turned off frequently as the reservoir reached the desired capacity.

Anglian Water suspected that this system was inefficient as it was pumping more water than was required. The frequent stopping and starting of the pumps was also causing excess turbidity in the extracted water.

As founder members of ABB’s Value Provider network, we were able to install a variable speed drive that receives a signal via a radio link from the reservoir’s level transducer. Depending on the signal, the pump motor can run at maximum or minimum speed.

The variable speed drive has eliminated intermittent starts and stops, reducing the energy used by the pump motor and resulting in an annual saving of £2,000. It has also solved the problem of turbidity levels in the extracted water, which is now within acceptable levels. 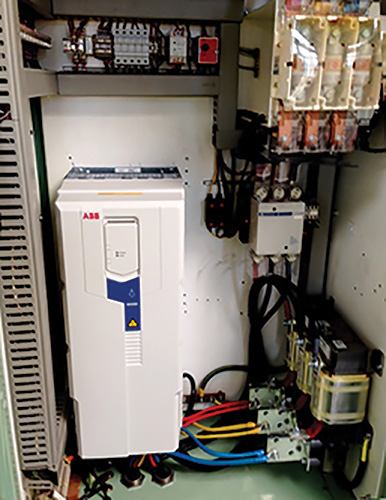